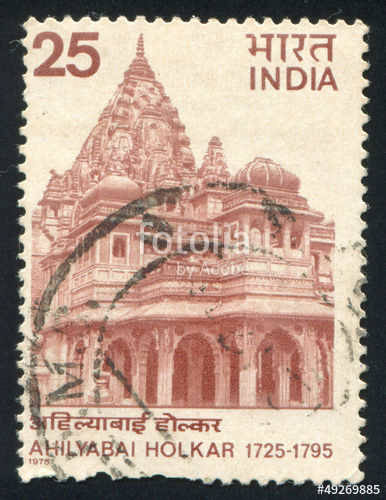 Uniting the whole land of Bharatvarsha and rejuvenating Hindu religion and Hindu religious places was Chhatrapati Shivaji’s dream. Ahilyabai Holkar gave the much needed religio – cultural coat to the political and military conquests of Peshwa Bajirao and Maratha sardars such as Malharrao Holkar and Jayappa Shinde. She gave the strong support of dharma to the political and military conquests spanning a whole century. The Marathas had built their empire over the smouldering ruins of the Mughal Empire. The political renaissance that followed under the Marathas was given the pillars of cultural and religious renaissance by Ahilybai Holkar. In a country where a mere hundred years ago Aurangzeb has issued firmans calling for the destruction of temples, the work of Ahilyabai becomes even more significant. India is fortunate, that such a great personality was born in this land. That all her achievements came in the years after the great debacle at Panipat make her even greater. The temple building by her shows the political clout of the Marathas. We very well know of the political problems that were faced for example at the Amarnath yatra. Such problems existed during earlier times for just about any yatra in India. Ahilyabai Holkar’s work should also be seen in this light.

After entering the Holkar household at the age of eight, she was fortunate to receive guidance from her father in law, the great Malharrao Holkar himself. She bravely bore great personal tragedy when she lost Malharrao Holkar, her husband and her only son within a few years of each other. She ably ruled Malwa between 1766 and 1795. During this time, she built a great many ghats, mandirs, dharmashalas etc. In 1767, she minted coins at Indore with the Shivling clearly imprinted on them. The obverse side of the coin had the sun and the moon in Devanagari script! This was a complete shift from the Farsi coins in vogue for the past 600 years!

She recognised the cultural unity of the land, manifest in its char dhaam, its twelve jyotirlinga, the holy status given to its various rivers etc. Ahilyabai Holkar gave donations to such places, built temples, ghats and established dharamshalas.

There is a saying in English – a picture says a thousand words. The following two pictures /maps of Devi Ahilyabai Holkar’s work give a true picture of her work. Where such structures were built, there was social and economic progress also as a corollary. Temple towns were like the Special Economic Zones of their time. They provided employment to hundreds, if not thousands of people in towns which sprung up around a temple or other place of pilgrimage. Money earned brought prosperity.

The work of Ahilyabai Holkar is the final triumph of swarajya over the Mughal empire.

A note here about Devi Ahilyabai Holkar’s caste. Since our liberals are fond of calling the Maratha empire “casteist” , ” Brahmanical”  etc etc , it has become necessary to mention this.

The Holkars belong to the dhangar or shepherd caste. Currently it is categorised in Maharashtra as a nomadic tribe. That two greats – Malharrao Holkar and Ahilyabai were from this caste and did yeoman service for the Hindu cause is a matter of great pride.

Devi Ahilyabai Holkar started practise of presenting pots of Ganges – water (gangajal kawad) to these shrines on Mahashivratri. The practise was honoured by the Holkars of Indore well into twentieth century. (Current status unknown)

The map depicts these places :

She also built a great number of ghats,dharamshalas , temples.